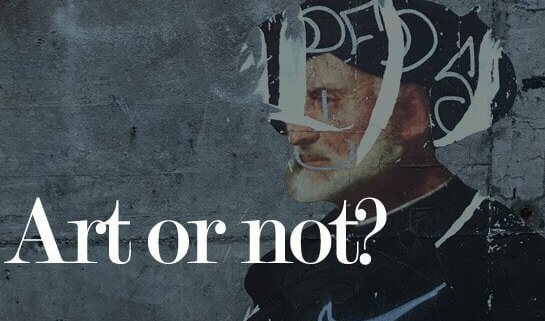 Read any industry, aficionado or perfume pundit’s outpourings over a few months and you are bound to come across a discussion of whether perfumery is art. Perfumer Francis Kurkdjian thinks not. He might use the word ‘art’ in thoughts such as ‘Perfume is the art that makes memories speak’ but he declines to recognise even his elevated job as that of being an artist.

But I doubt any of us who have delved into perfumery, whether as creator, marketer, brander, avid scent consumer, blogger or just casual fragrance wearer, would not think of some part of a perfume’s path from test phials to product in the aisles as not having some element of art (and artifice too) about it.

I think that what lies at the heart of this debate about perfumery as art is the matter of where we apply the word art; to which part of a perfume’s journey? Do we think of the perfumer’s craft as that of artistry, or merely a wielder of chemicals, natural or synthetic? Is it possible to call an aroma-chemist, following a brief from big commercial entities, an artist or chemist? And what of our personal, not strict dictionary definition of art? These questions are just starting-point prompts into the age-old debate about perfumery as art.

I am a great lover of works by Caravaggio. I have read two very different biographies of his life (the one by Andrew Graham-Dixon is a tour de force by the way), and am lucky that my adoptive home country, Malta, has two Caravaggio’s in St John’s Cathedral; one is the dramatic ‘Beheading of St John’ commissioned as the altar piece.

These paintings are art as we know it, but which wasn’t as it was commonly known when Caravaggio painted. He broke new ground with his dramatic, visceral canvases yet he somehow manage to remain a narrator of stories with deep philosophical and religious meaning that pleased key, influential audiences and customers. His life was scarred and enriched by his personality and misdemeanors. The visceral visuals he painted are art at its most profane and yet created within suffocating strictures of the times.

Caravaggio started as apprenticed craftsman, working for years until he had commissions of his own. You could see him as an itinerant, jobbing journeyman almost, moving when he had to find new patrons just so he could feed and (barely in his case) clothe himself. There is always a part of Caravaggio in his works. Andrew Graham-Dixon notes that one of his last works, the ‘The Adoration of the Shepherds’ still today in Messina, Sicily, where it was painted, is perhaps the work that shows Caravaggio’s suffering at its greatest depths – literally, his heart on his sleeve. It was painted while he was on the run from the Knights of Malta, and a year before he died.

Caravaggio was feted in his time of course, and yet, he was not really a free creative. He was always a commissioned working artist delivering products. One can imagine some days, alone in his make-shift studios working with slashes of light carving into the dark depths of this or that garret, he felt like a purveyor rather than the ground-breaking young artist he was; much as the fragrance chemist delivers fragrances to a budget for everything from celebrity scent to washing powders.

Functional fragrance chemists have technology at their disposal (gas spectrometry, headspace and more) and the backing of giant firms like Givaudin and IFF. Yet, they do pull off pretty good functional fantasy fragrances to strict budgets and deadlines from random aroma chemicals that bear no resemblance to natural scents. Sadly, so I hear, a fair bit of copying goes into routine lab fragrance creation these days. These are the technical perfumers, and, in Caravaggio’s day, an ‘artist’s’ investiture would have been primarily technical in nature at the outset learning about how to mix paints and so on. Let’s also not overlook that fine artists in Caravaggio’s time would replicate, reference others and be part of ‘schools’ and set-piece fashionable genre of their day.

What would make a fairer comparison however is to juxtapose fine fragrance perfumers – the great ‘noses’ of our day – with Caravaggio. The fine fragrance chemist, artist, perfumer or whatever name we attach to this role, will spend years honing his craft rather like Caravaggio went from cleaning brushes at age 7 to master of art. There are briefs to follow in both cases and a semblance of harnessed creativity but both need a heavy dose of creative inspiration to achieve their craft and acclaimed finished product.

What I am saying is that in the making of art and the creating of perfumes there is a process that requires acquired skill, precision and inspiration and if we take this side of the creative process into consideration, then I do feel that we can say perfumery is an art form even if once created, it can, unlike Caravaggio’s of this world, be produced ad infinitum thanks to documented formulae.

Whether a fragrance chemist or Nez personally thinks of themselves as an artist is another matter, and one for them to decide on, much as Kurkdjian has.

Where it is possible to see art and perfumery parting ways is in how we evaluate the product at the end of that creative process. Art hangs on walls, and is material. Perfumes are invisible and their volatility makes them ephemeral too. (A side note: you can restore art, but never restore a perfume to its original, though some have tried with reformulations.)

You could argue that this alone makes it impossible for perfume to ever be considered an ‘art’ form. It evaporates and is appreciated in different ways by each individual wearer. No two of us will smell a perfume in the same way. It has no fixed reference point like the works of Caravaggio.

Then again, don’t we all have different take-outs after an art gallery trip? Will we read the same into a painting as our neighbour? What seems to define ‘art’ if you look at it from the perspective of the consumer / wearer is its lack of a fixed point of reference irrespective of whether its tangible or intangible. Ignore reading tonnes of art critics viewpoints, and just come to your own and I bet on most gallery visits with friends and family you will find a wide divergence of opinions on the works.

Other artistic, creative works such as drama and literature also work their magic on each of us differently. I, my husband and son all watched an incredible Anthony and Cleopatra at the Barbican in London last Christmas. We had a lively discussion and airing of viewpoints over a meal afterwards. We all took out different aspects of the drama. And, even if you’ve seen this particular Shakespeare several times, each rendering will be different as the director adds his voice in interpreting the script.

Drama and music are documented but really come to life when performed. And when performed, each consumer will interpret them in a uniquely personal way, just as each perfumer wearer will have a singular experience of a scent. There are parallels in their appreciation and consumption to those of perfume. Is a unique perfume formula so very different from a score or script?

Perfumery as Art: are there any conclusions to draw?

Legally, it is not. It is not protected by copyright laws in the way visual, dramatic and literary art forms are. This has been a contentious point for years. Michel Roudnitska, quoted his father, master perfumer Edmond Roudnitska, in Nez magazine’s autumn 2017 issue, as saying: “The composition of perfumes is abstract art par excellence of pleasing proportions, hence the extreme intellectual pleasure if confers on those who know how to appreciate it”. Roudnitska senior fought all his life to get perfume formulae granted intellectual property rights – to no avail.

But, as Nez magazine’s reporting shows, today’s perfumers display mixed emotions about perfumery as art, and their role as artists. Luca Maffei of Atelier Fragranze Milano says that to him ‘…all perfumers are artists, just like muscians or […] designers”. But he adds that niche perfumery shouldn’t be seen as the sole embodiment of that artistry. All perfumers who translate an idea from head to scent are artistic.

That perfumery is ‘an art’, rather than perfumery is art, is a concept that may be the happy middle ground in this debate. Jean Carles, master perfumer and trainer of perfumery students up to the late 1960s and whose transparent methods of accord creation as still followed today in perfume schools, said just that, stressing it as anything but a science using molecules:

“Perfumery is an art, not a science, as many seem to believe. A scientific background is not necessary for the perfumer; scientific knowledge may even sometimes prove an obstacle to the freedom required in perfume creation. The creative perfumer should use odorous materials in the same way that a painter uses colors and give them opportunity for maximum development…”*.

The only conclusions to draw are that it’s each to their own in the debate and that perfumery is a little bit of everything, just not legally protected as an artistic form. Smell will remain our lesser appreciated sense for a good while yet it seems. Then again, if the creators – dare I say artists – themselves are a divided bunch, then few industry outsiders will fight the perfumery as art cause.

* ‘A method of creation and perfumery’ by Jean Carles (Dec.1961). A series of his articles was published in the 1968 yearbook issue of the publication “Soap, Perfumery & Cosmetics”. You can find all articles online here.