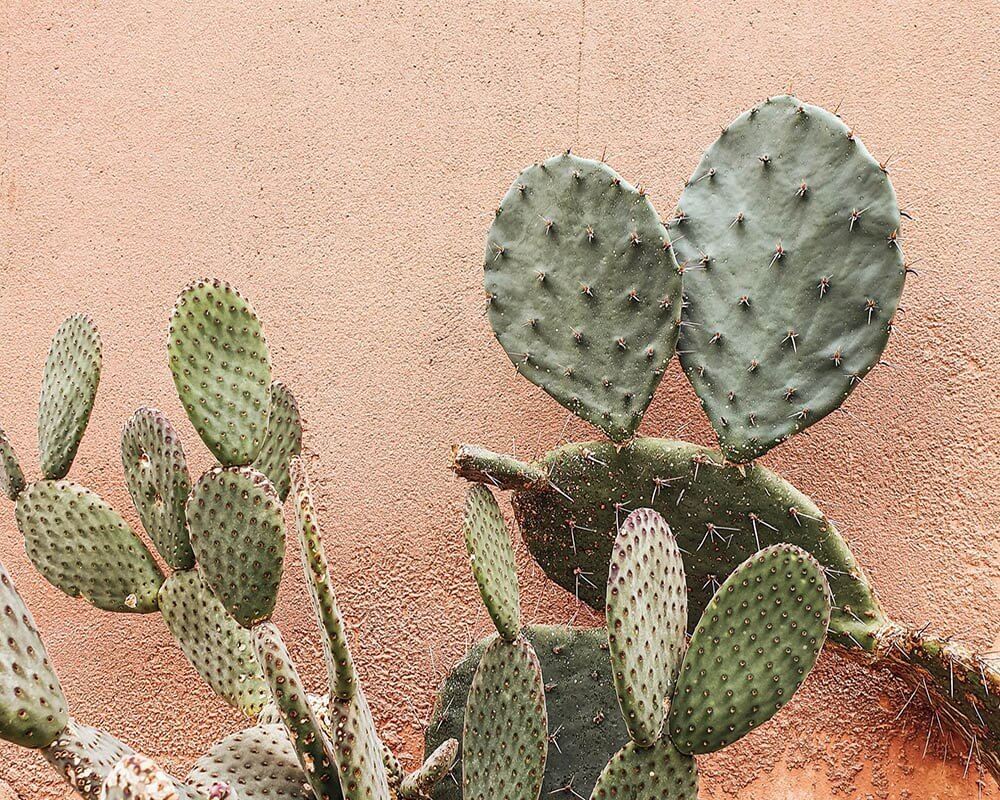 At Olentium, we look first at ingredients close to home, and the addition of prickly pear oil in our Ritual SPA skincare line is a prime example of this. Let’s start with a look at this magnificient succulent’s outside before charting its inner properties which are what catches the attention of skincare formulators.

The Prickly Pear is a cactus that grows in regions across the globe such as the Americas and Australia, but most importantly to us, it is also a near native of Olentium’s region, the Mediterranean. It may well have arrived here with the Spanish, who brought the ‘pear’ from the Americas. Once here, it spread like wildfire, perfectly suited to the heat and often poor terrain. Local farmers still use it to this day on our Mediterranean Islands of Malta as windbreaks and to mark out their property.

Don’t judge this one by appearance, once you get past its characteristic prickly exterior, you’ll get to the delicious fruit inside filled with an array of powerful nutrients, antioxidants, vitamins and minerals.

If you’re wondering, yes, prickly pear is edible. It has a sweet delicious if pippy flesh, and Sicilian cuisine has many uses for this free and seemingly humble fruit of the wayside. However, with their incredibly prickly spines you have to be really careful peeling the prickly pear. A few different ways exist of extracting the fruit, but by far the easiest is to simply cut down the middle and scoop the fruit out with a spoon like a papaya. You can even use the fruit as a low-sugar alternative ice-cream topping.

Our Mediterranean climate is harsh to skin, and even more so in summer. Heat and drying winds from Africa dehydrate our skin wycking out moisture, and that’s without factoring in the damaging effects of excessive UV exposure. What we love about our work is finding nature’s answers to our skincare needs just outside our door. It’s as though the plants around us have devised their own survival tactics and active properties within their cells to protect themselves from environmental stress.

The Opuntia ficus indica uses its fleshy, club-shaped leaves to store water in periods of drought. Under its impenetrable exterior, these leaves (or cladodes) contain a juicy and tender gel full of mucilages and other polysaccharides that bind and preserve water molecules.

In our part of the Mediterranean, traditional farmers working their fields in the summer heat understood the moisturising, soothing and protective properties of the prickly pear and would break off a leaf to smear the cool natural gel on their skin. It also has wound healing properties rather like aloe vera mucilage does.

At Olentium, we use Opuntia ficus-indica oil and an extract that is considered a plant-origin hyaluronic acid. The neat oil and the extract act as a physical barrier on the skin, protecting against environmental stress factors, as well as deeply moisturising the skin and promoting cutaneous reparative processes.

We therefore use not only the cold-pressed (extra virgin, if you like) prickly pear seed oil, but also innovative natural actives extracted from the flesh of the prickly pear both in water-soluble powdered and soothing, gelatinous forms.

These innate natural properties are what make the prickly pear, also called barbary fig, particular interesting to anyone seeking an incredibly effective ingredient in mature skincare.

Prickly pear oil is renowned for its intensive anti-ageing benefits and, in fact, contains high amounts of vitamin E compared to most other natural seed oils used in cosmetics today. Vitamin E is a powerful antioxidant that neutralises free radicals and promotes cell renewal to give the appearance of plumper more youthful skin.

Linoleic acid is a plant based form of Omega 3 fats, and prickly pear seed oil boasts a whopping 60% linoleic acid content. This rich fatty acid absorbs deep into the pores where it hydrates the skin, leaving behind no greasy finish.

Prickly pear oil is also rich in Vitamin K, which is an excellent vitamin to help lighten up those stubborn dark spots. It’s wonderful for lightening pesky under eye circles and reducing the appearance of spider veins, and may, in fact, even help in mitigating the appearance of stretch marks.

Have you ever tried prickly pear oil in skincare before? Let us know in the comments, we’d love to know how you like it.

Photo by Inés Blazquez on Unsplash

We use prickly pear in skincare not just for its rich Vitamin E oil but also as a plant-origin hyaluronic acid to hydrate mature skin.

Subscribe to our news and get 10% off Ritual & Restore Beauty Oil on our launch late November.

Monday blues. No better way to beat them than choo

The shape of something to come. A glimpse of Olent

I think we're all dying for spring, but it's a lit

Rainy days and Mondays always get me down...but no

The majestic Mediterranean cypress tree is an icon